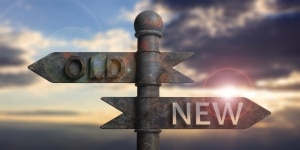 Randy Dean has bought out most of Fast Switch Ltd. from his partners, breaking out the Dublin headquarters and several branch offices of the IT staffing and recruiting firm – which will debut a new name on Friday.

Founder and CEO Mark Pukita will keep the Fast Switch name along with the market based in Hartford, Connecticut, an office that he said via email is growing fast because of the concentration of huge corporations nearby. He’s also launching a U.S. Senate campaign to try to unseat Sen. Rob Portman in the 2022 Republican primary.

Carey Pachla, the third partner who heads the Detroit office, bought that location and will run it as a separate business.

Terms were not disclosed. The deals close Thursday, with Dean’s portion to relaunch Friday as Revel IT Inc.

The Revel portion of the business represents nearly 500 of the company’s 800 employees and consultants, and about $57 million of Fast Switch’s $94 million projected revenue for this year.

“The fun challenge with that is, how fast can we get back to that old level of sales?” Dean said. “I think we can do it pretty quickly.”

Besides the headquarters at 4900 Blazer Pkwy., Revel has offices in Cleveland, Cincinnati, Los Angeles, Minneapolis and Pheonix/Tuscson, and plans to open soon in Austin.

The transition will be “turnkey” for customers, employees and contractors, Dean said. Protecting those constituencies was the top goal of the sale, Pukita said via email.

Though a smaller portion today, the Hartford office also can reach that level of sales within seven years, Pukita said. Led locally by Ted Woytowicz, it serves East Coast clients from Boston to North Carolina.

“The concentration of Fortune 500 prospects in that corridor is mind-boggling,” Pukita said.

After working for big IT firms including IBM, Pukita started the business in 1996 in his basement with $1,000, according to his campaign website. His co-founder was Bob Irwin, who went on to become CEO of the former Sterling Commerce Inc. and other tech companies. The name came from their software that sped up network switches, Dean said.

Dean joined at the end of 2004, when it was still a “lifestyle” business with about $5 million in sales, he said. His job was to grow the Columbus market, while Pukita dealt with a sudden decline in Detroit.

Pukita rearranged the business to make each geographic area its own profit center, and in 2005 made Dean a partner, compensated on a percentage of profits.

“He wasn’t sure I would take it, actually, because it was going from salary to no salary, and anything I would earn was based on what I would produce,” Dean said. “That partnership model really unleashed drive and created ownership for me, and made me more interested than I would have been as a salaried employee.”

The business took off: $25 million revenue in 2010 and double that in 2012. The next year, Dean had lunch with Columbus restaurateur Cameron Mitchell, who urged him to aim for $100 million. Fast Switch hit $94 million last year and is holding steady this year, Dean said.

Dean’s goal with Revel is to make Columbus a leader in adoption of artificial intelligence, including robotic process automation. Revel is adopting software robots internally for accounting and some steps in the recruiting process, and bringing ‘bots to clients.

“It effectively creates a virtual worker,” Dean said. “It takes something routine and lets a ‘bot do that at greatly reduced cost. The person can focus on not the drudgery parts of their job, but more on value-add.”

Dean said he involved management and employees in choosing the new name. The team went through about 40 candidate names, starting with a list of available URLs.

“It was a very fun experience choosing the name with the staff,” Dean said. “Pretty much anything with ‘tech’ in it, we said, ‘No, we don’t like that.'”

Randy Dean Buys Out the Majority of Fast Switch Ltd

The winner actually came from a dictionary of unusual vocabulary words the Dean had bought for his 8-year-old son.

“It’s a people business – if it’s done right, we really believe we can improve people’s lives, find opportunities for our consultants and also solve real business problems for our clients,” Dean said. “To ‘revel’ in something is to really enjoy what you’re doing.”