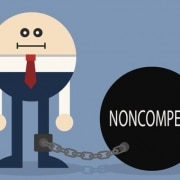 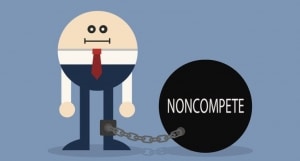 In the IT consulting business, employee knowledge of clients and consultants can be really valuable. Because of this, almost every competitor requires non-competes for internal employees and some try to greatly restrict job opportunities for their IT consulting staff. Against all industry norms we have chosen not to have non-competes for our internal staff.

Why did we do this and how has it worked out?

The why is easy, we fundamentally feel that non-competes are wrong. In the IT Consulting industry and in many other industries, non-competes are often used to try to deter people from making career moves to other firms. These firms requiring non-competes are not providing extra compensation, stock options, or some other valid compensation in return for a new hire greatly limiting their future job opportunities. Rather, signing one is a requirement of being hired and people often sign them because they feel they don’t have a choice or they don’t understand that in many states (Ohio in particular) non-competes are fully enforceable even if an employee is fired.

The equation isn’t fair because the candidate’s need for a job often outweighs the their preference not to sign a non-compete. Plus, most companies handle it as a standard part of their on-boarding process so that the candidate feels that it is a typical paperwork and no big deal.

Since the goal of a non-compete is to reduce an employee’s ability to move to a position with a competitor, it would seem likely that by not requiring non-competes our internal employee turnover would be higher. However, the exact opposite is the case. Compared to every national competitor in our business, Fast Switch internal turnover is tremendously lower. This same difference has held true with our delivery consultants. Our turnover has been so much less than our competitors that we’ve had major clients amazed and asking how we’ve managed to do this.

What has occurred is that by not using non-competes, we have to do what Richard Branson recommends, treat our people well enough that they don’t want to leave. Does it work? Our unwanted internal employee turnover in 2018 was less than 0% and through Nov. 2019 it is also 0!.